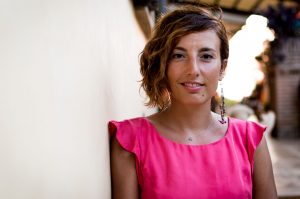 My name is Federica Costa, I’m an Italian living in Madrid, and I’m lucky to work in the area I love most: translation and interpreting. I’ve been working as a professional translator and interpreter for more than ten years, with the following language combinations: Spanish/English/Portuguese > Italian.

I studied Foreign Languages and Literature at the University of Messina (Sicily), before falling in love with Spain during my Erasmus year in Ciudad Real (Castilla La Mancha).

I later decided to move to this wonderful country, and I’m still here more than ten years later! I completed a Master’s Degree in Translation at the Complutense University of Madrid and began to work as an in-house translator at a large video game developer, FX Interactive. There, I was responsible for localising video games, writing and translating manuals, and taking care of all company communications intended for Italy: newsletters, press releases, magazine advertisements, etc.

After seven years, I decided it was time to take the leap, and two years later I am now working as a freelance translator. Besides localisation, I’ve also worked in various other fields during my translation career: tourism, marketing, fashion, technical and legal translation, and more. I was also able to train as an Interpreter, completing a specialised course at the Autonomous University of Madrid. I fell in love with interpreting right away: despite being a demanding, difficult job at times, it also provides an unbeatable adrenaline rush.

But my story doesn’t end there! To find out more about my professional background, take a look at my CV.